Over the last 80 years humanity has been dumping manmade toxic chemicals into the environment, chemicals that nature cannot metabolise. Chemicals that are water hating lipophilic that do not dissolve in water but float on the surface. At the same time, we started the manufacture plastic, and plastic pollution results in the production of microplastic, lipophilic floating particles. The burning of fossil fuels is also implicated, not just from the Carbon Dioxide but the toxic loaded, partially combusted carbon particles of soot that are discharged into the atmosphere. The carbon turns snow and ice black and is directly responsible for at least 25% of all snow and ice melt in the Arctic. The carbon particles are lipophilic, float on the ocean surface and adsorb lipophilic toxic chemicals, just like plastic The stage is now set…..but since the 1940’s marine productivity has been increasing, atmospheric humidity which represent 75% of all GHG’s decreased and average global temperatures also decreased with humidity. The reason for the stability and lower temperatures was a consequence of artificial fertilizers, wastewater and eutrophication of the oceanic ecosystems which increased plankton productivity which reinforced the ocean surface SML layer, slowed down water evaporation and increased cloud formation. Average global temperatures dropped from the 1950’s to late 1970’s, consistently over a 30 year period. Then everything changed, the toxic for ever chemicals had been bioaccumulating in the ecosystem for 40 years and reached a point during the late 70’s when the toxicity of the chemicals exceeded the benefit of the fertilisers and organic pollution, then the marine systems started to crash all over the world. It was called a regime shift, and it happened in all the world’s oceans almost at the same time during the late 70's. Humidity started to go up as the SML layer formed by plankton degraded, cloud formation reduced at the same time, and this caused an increase in temperature. We believe that this is the primary mechanism and main reason for climate change, carbon dioxide is implicated, but it is minor in comparison. Our report explains the mechanism and provides the solutions. 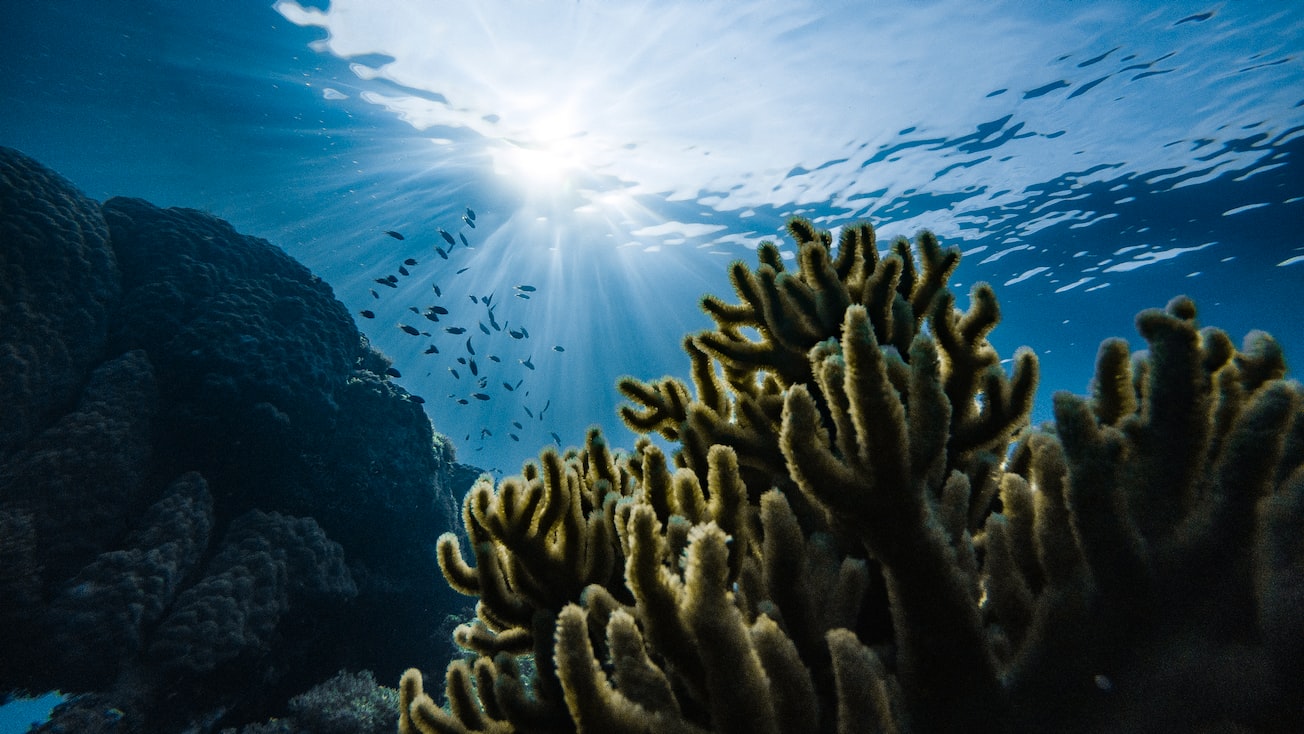 Photo by Marek Okon on Unsplash

Photo by Marek Okon on Unsplash

The report provides a mechanism that has not been considered as a means of stopping climate change. Carbon mitigation will slow down climate change, but if we regenerate marine life in the oceans and restore the SML layer, there is the potential to stop and maybe even reverse climate change by the elimination of pollution from lipophilic toxic chemicals, plastic and black carbon soot that started with the chemical revolution in the 1950's Marine plankton are the life support system for the planet, they produce most of our oxygen and sequester most of the carbon dioxide, but they are dying. We have already lost 50% since the 1950's and they are declining at 1% year on year. The end point is fast approaching, the point of no return with ecosystem regime shift and climate disruption by 2045 when the pH due to ocean acidification drops to pH7.95. Even if we achieve carbon net zero by 2030, atmospheric carbon dioxide will pass 500ppm and oceanic pH will drop below pH7.95. Most magnesium calcite and aragonite carbonate based marine life, including many corals will simply dissolve and we lose up to 80% of all marine life compared to the 1950's. The marine ecosystem can not take this hit, there will be repercussions and regime shifts with the potential that we lose also the seals, whales, fish and food supply for 3 billion people. It seem crazy that we are taking this risk as opposed to remedial action to clean up the pollution that is causing the problem. Another good reason for stopping lipid soluble toxic chemicals and plastic is because they combine with the SML and form an aerosol which nucleats water vapour to form clouds. All of the toxic chemicals and plastic will return back to land in rainwater after a few weeks, months or years. There is no escape, every single living organism, plant, animal, humans and even bacteria in the soil will be contaminated and eventually poisoned. Environmental toxins are responsible for 90%+ of all cancers and neurological disorders, we are being killed by pollution, and so is Nature. Check out Lancet reports on Planetary Health. Marine plankton still represent more than 60% of all biomass in the Oceans, most are under 1mm in size and they have a doubling time of just 3 days. If we take the toxic brakes off the marine ecosystem, plankton will recover super fast, and we have the potential to stop climate change.

This page is a summary of: Climate Disruption Caused by a Decline in Marine Biodiversity and Pollution, International Journal of Environment and Climate Change, October 2022, Sciencedomain International, DOI: 10.9734/ijecc/2022/v12i111392.
You can read the full text: