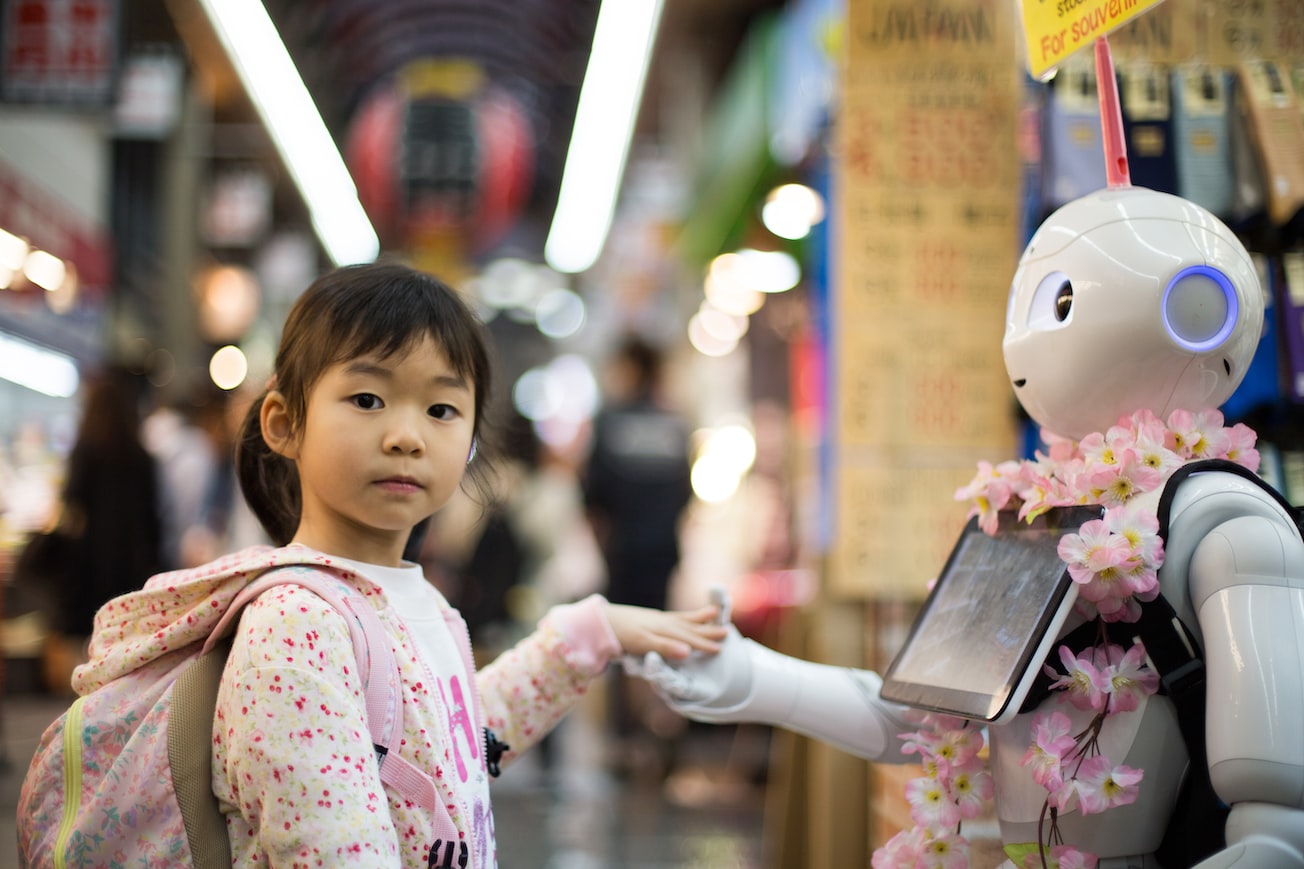 Photo by Andy Kelly on Unsplash

Photo by Andy Kelly on Unsplash

Designing engaging, long-term interactions with social robots is a challenging endeavour. While these machines continue to take on more responsibilities in our social environment, their interactive capabilities remain quite limited. If social robots are to support hands-off rehabilitation, keep the elderly company and engage children in learning contexts, we will need to investigate strategies that significantly enhance their social abilities. One avenue researchers have found particularly fruitful is to reverse engineer mechanisms that work well in human interpersonal interactions and imitate these with social robots. This is already implemented in the look of many social robots (their humanoid form is reminiscent of human faces and bodies), but also in their behaviour. In this study we implemented one well known human characteristic in a social robot: synchronicity of movement. Through a simple task of drawing geometric shapes next to the humanoid robot Pepper, synchrony or asynchrony with the machine emerged. Based on the previous literature, we know of beneficial interpersonal effects of synchrony. For example, people who synchronise with another person often perceive this person as more likeable or friendly. In our experiment, we expected the group that had synchronised with Pepper to perceive the robot as more likeable and more humanlike, and would be more motivated to spend time with the robot. We measured the number of questions participants chose to ask Pepper in an open interaction after they completed the task. Surprisingly, we did not see that the group who had synchronised with the robot rate it as more likeable, more intelligent or more humanlike. This group also did not choose to ask it more questions in the conversation. This casts doubt on the utility of implementing mechanisms like the ability to synchronise motion for robots, without replicating these well-known effects in humans first.

If social robots are to support hands-off rehabilitation, keep the elderly company and engage children in learning contexts, we will need to investigate strategies that significantly enhance robots' social abilities. This study shows that action synchrony manipulations with robots do not enhance their social qualities according to our participants' perspectives.

The following have contributed to this page: Emily Cross and Anna Henschel

PDF generated on 18-May-2021
Create your own PDF summaries at www.growkudos.com.